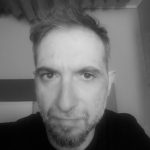 Nikos has been active in the field of so-called “alternative” therapies for twenty years. His encounter with the knowledge bodies of Traditional Chinese Medicine and Lacanian Orientation Psychoanalysis acted as a lever for his desire, causing the overthrow that led to the beginning of this course.

He graduated from the Shiatsu department of the “Synthesis” school in 2001, then worked as a Shiatsu practitioner. From 2006-2017 he worked as a  teacher of Shiatsu and Theory of Chinese Medicine at the “Synthesis” school, as well as in the Shiatsu department of “Lat38″ This experience led him to a desire to deep his knowledge of Chinese medicine, and enrolled at the AOM – Academy of Oriental Medicine”, where he became familiar with the classical  tenets of  Chinese Medicine and, especially with the “Fire Spirit” lineage, whose roots can be found in the antique texts “Tan Ye Jing” and in “Shang Han Lun”.

All these years he “stands” between these two seemingly completely diverse schools of thoughts, namely Chinese medicine and psychoanalysis, is constantly formed by them, and is now exploring possible points of theoretical and clinical convergence.. He therefore works in a context that combines the identification of man with the principles of classical Chinese medicine and the position that defines him as a set of Freudian unconscious functions. The resulting method involves working with the body and speech.

He brings this legacy of “standing between” between two reasons as a proposition that we could say works as a symptom, but a symptom that having lost its morbid value comes to produce something new, very personal, at the same time redemptive of the impasse that emerged twenty years ago. before.